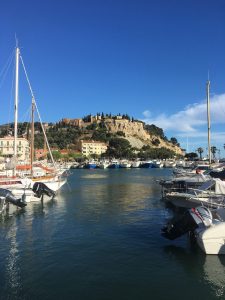 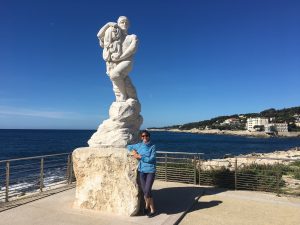 We’re sailing again and have made our escape to Port Cassis.   According to Frédéric Mistral, ‘He who has seen Paris and not Cassis, has seen nothing.’  Well it is very picturesque and friendly with its harbour surrounded by tall, colourful, shuttered buildings with terracotta roofs but Paris it is not!!  There is a magnificent castle overlooking Cassis that was once home to 250 people in the Middle Ages but it’s now a smart hotel, the Town Hall dates from the 17th Century as does the town’s coat of arms and the Church of St Michel, constructed with Cassis stone, dates from the 19th Century.  Apart from that the artisanal ice creams from Casalini are truly outstanding!!   We’re enjoying ourselves.