Our plans to head further east have been scuppered by a mysterious fresh water leak.    The water appearing in one of the bilge lockers by the galley has been getting steadily more apparent.  We have searched high and low for a leaking pipe or joint and failed miserably.    We’ve had everything out of the lockers and bilges, we’ve run experiments to see if the leak is worse when we run hot rather than cold, run water in the heads or the galley, whether on port tack or starboard.  You name it, we tried it.    Finally we decided we’d return to port and seek professional help as it looked as though we might have to lift the water tank to get at a couple of pipes that run behind it so that’s why we set off west again back to Port Napoleon!!

Needless to say there was another Mistral on its way so we were quite happy to be tucked up in a marina for the blow.  We did stop for two calm nights in the Mouillage de Carteau and then it was into the marina.    During our stay we managed to find a potential source for the leak and it wasn’t under the water tank!   But, it was behind a fixed panel of very beautifully varnished wood.    The next challenge was how to remove the panel with the minimum amount of damage.

We’ve mentioned our friends Janet and Horst on Tutunui before.    Luckily they were also back in the marina and Horst, an engineer by trade, likes nothing better than solving boat problems!   He came on board and after using his endoscope through the ventilation hole we managed to track down the water leak.  All we needed to do was punch another inspection hole nearer the water source  in the bottom of the panel.   That’s exactly what we did.   To cut a long story short, the problem was solved by fitting the new accumulator!!   We’d removed the old one last year as it had broken and we made a temporary fix.   The fix seemed to be working brilliantly so no great hurry to fit the new accumulator (in fact we rather forgot about it!) but one of the consequences of not having an accumulator turns out to be undue pressure on joints between hoses and a resultant drip!   Heyho, you live and learn!  We are now back to normal and just looking for a break in the weather to make another escape to visit new ports and calanques along the Côte d’Azure.

The winds finally abated and we set off again on 7th May (5 full days tied to a pontoon while the mistral blew through at max 58kts).    Our first stop was Frioul where we had one wonderful night and one dreadful night where we seemed to spend the whole time re-anchoring as the wind veered and we found ourselves too close to rocks!   At first light we weighed anchor and headed to Port Pin.    What a beautiful, if rather narrow, calanque.   We had hoped to spend the night there tied to a mooring buoy but we were chased off by the park rangers as, apparently, the buoys are channel markers and if we wanted to stay we needed to drop an anchor and then tie ourselves to the cliff wall.   There just didn’t seem enough space to dig our anchor in and lay enough chain to make OR secure so we decided to pop around the corner to Port Miou and take advantage of their mooring buoys.    It was easy to secure a buoy but then the fun began.  We needed to take a stern line ashore to a ring in the rocks.   Normally we’d swim it ashore.  The waters in the calanque might be a wonderful colour but it’s far too cold for us oldies to go swimming!!!  So out came Puddle and we pumped her up, launched her and then rowed her across to the ring with Claire paying out the line.  Despite using two old spinnaker halyards we couldn’t quite make it to the ring and back.   Time for Plan B.   This time Claire stayed on board just in case three halyards weren’t enough, but they were!   When we watched other boats trying to tie a stern line we realised our method had been quite efficient!   One yacht reversed up to the cliff wall and the female crew was encouraged to lean towards the wall from the bathing platform valiantly trying to keep her balance to try and thread the halyard through the ring while the yacht was being blown sideways off course.    They finally managed to tie themselves on using a ‘fancy’ boat hook and no one fell in!

Port Miou has some lovely walks around the cliffs so we spent a very enjoyable couple of days there before having to high tail it to shelter for the next mistral.    This time we took shelter in  the Vieux Port, Marseille at the CNTL Yacht Club.   We were stern to on the dock, secured by two ‘slime lines’ off the bow and some hefty stern lines.   For the first time we had to use our passerelle properly and make sure it was off the dock when not in use otherwise it would have been beaten up (or worse still OR damaged) by the constant yawing caused by the incoming swell, which was significant! James designed a lifting arrangement that worked brilliantly, though walking the gangplank was quite a challenge with the boat constantly moving and there were a couple of occasions when Claire needed a steadying hand!!

We made the most of our time in Marseille.   Marseille is the second largest city in France so it sprawls out over a huge area but the main attractions are centred around a relatively small area making it very cycle friendly.  The first day we cycled and looked at various ‘sights’ from Fort St Nicholas (1680) around Vieux Port to Fort St Jean (12th Century).   Along the waterfront to the Villa Méditerranée (modern arts), Cathédrale de la Major (also known as the green striped pyjama church!),  past wall murals, the old customs house and numerous restaurants and wine bars.   There’s a square at the end of the port (Quai de la Fraternité) where street artists perform and there’s a covered area with reflective roof (difficult to capture in a photo).   We  checked out supermarkets, bakers and patisseries.  We ventured up alleys and around corners and found ice creams.   Then we went home!

The next day we took the No 61 bus up to Notre Dame de la Garde where a service was being held (well it was Sunday) which took us right back to the  Caribbean.  The dress, singing and drums were so reminiscent of the church services we’d attended on various islands during our travels.    The Basilica (consecrated in 1864) is really quite tiny when compared with the whole structure but it is beautiful, and is dedicated to sailors with all manner of vessels suspended from the ceiling and pictures around the walls.   We then made our way back down the hill (on foot as we’d used the bus to get up) but we went down the wrong side of the hill because Claire wanted to see the gardens.   Not sure it was worth the extra hour it added to the walk but we did meander and get a good feel for the backstreets of Marseille!   An added bonus, on our route home we stumbled across the Abbaye Saint-Victor with its catacombs dating back to the 5th Century.

The wind was predicted to drop on Monday 13th so we slipped our lines, after a quick run ashore to buy bread, and headed out into the Golfe du Fos.   Well, the wind didn’t drop!   We put in a reef and off we went.   A totally wonderful sail with Ocean Rainbow showing her petticoats and topping 8knots over quite some distance.  Exhilarating and quite the best way to round off our rather stop/start first third of the sailing season. 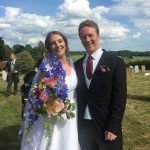 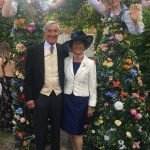 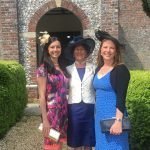 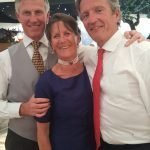 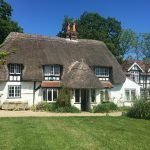 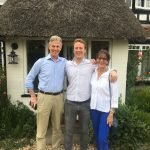 29th - 31st May
We are now back on Ocean Rainbow and heading off for the week before returning to show Ocean Rainbow to a prospective buyer. We have mixed feelings. We hadn’t expected any interest to be shown quite so quickly. We don’t really want to stop sailing but nor do we want Ocean Rainbow sitting idle for long periods of time while we go back to England for various reasons. A dilemma. But while we wrestle with said dilemma we shall continue to enjoy the bright sunshine and some Mediterranean sailing.